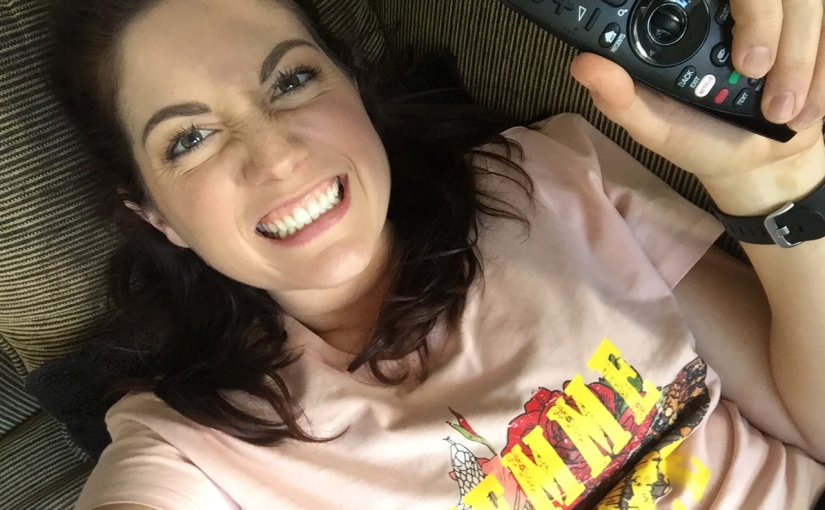 Parks and Recreation is the greatest television show of all time.

My main man Taka and I first watched Parks and Rec in the Summer of 2014.

Also know as ‘the best Christmas in living memory’.

You’d think this would be last year, the first Christmas with my son.

But you would be wrong.

That day included tears, my oven blowing up, and a power cut while we were meant to be cooking lunch.

It was a real chill, super fun time.

The Summer of Six Seasons of Parks and Rec

But back to our summer of loving Andy Dwyer.

We essential did three activities over those Christmas holidays:

Because, ladies and gentlemen. We know how to par-tay.

As I’ve said before, Taka is an information gathering machine.

Frankly, if his finger was any more on the pulse, he’d be presenting the 6 o’clock news.

On his online travels, Taka noticed a lot of people talking e m o t i o n a l l y about the seventh – and final – season of Parks and Recreation that was due to come out that January.

We had also just seen Guardians of the Galaxy and both of us were pretty much in love with Chris Pratt.

There was nothing else for it.

It was TV series binging time.

We are the champions, my friends

I’m ashamed proud to say we got through all six seasons (God love a back catalogue) of Parks and Rec while the seventh was still airing.

It is perhaps our greatest accomplishment as a couple.

But. Can I just say. The Post-Binge Blues were real.

Seven seasons of joyous, Emmy Award-Winning TV gluttony, and then … nothing … 1/10, would not recommend.

We tried replacement therapy by watching a couple seasons of Community. Happy Endings. Selfie (this was actually really good. It’s on Neon, and I feel robbed it never got a second season. Karen Gillan and Harold from Harold and Kumar were damn majestic together) …

In the end, New Girl and Brooklyn Nine-Nine became the new go-tos. Gucci.

As a real side note, here are …

C l e a r l y I am not a Black Mirror or, what’s it called, the dystopian show where ladies have a crap time … The Handmaid’s Tale!

I’m not about that poignant, sad time life. If I wanted that from my leisure time, I’d watch the news.

Give me the lols instead.

Give me all the lols you have.

It’s been four years. My Pawnee memory is hazy.

I can finally rewatch Parks and Rec!

Which, as I say it out loud, seems a bit sad. But rewatching and rereading my favourites genuinely makes me so happy.

So simple. So deceptively life changing.

Speaking of life changing. Here are …

1. Things will get better

If I’m honest, I didn’t really like Season 1 of Parks. Or the first half of Season 2.

Leslie’s was so awkward it made me squirmy. Pratt was a drop kick. And Mark Brendanawicz was just dumb.

And Pratt gets super sweet.

And Tom isn’t so creepy. Kinda.

And literally the best duo in Chris and Ben turn up.

And Ron continues to hold it down as the best character on TV.

Point is. Everyone has patches in life that are a bit crap (although hopefully not as crap as the women in The Handmaid’s Tale. That crap is D A R K).

Keep your head up and your feet walking, and you’ll get through it.

The night only lasts so long.

Leslie Knope has got to be the most determined go-getter that ever got up and got going.

She really thinks if she works hard enough she’ll make a difference.

And you know what. She does.

May this be a lesson for all of us.

3. There’s someone out there for everyone

They’re all a bunch of weirdos who found each other.

Don’t give up on love.

Your weirdo is out there.

I know I said three, but I’ve just thought of another one …

4. Breakfast food is the best food

Brunch makes me happy to be alive.

What’s your favourite TV show? Or breakfast food? And OH MY GOSH DID YOU SEE THE ROSA PARKS EPISODE OF DR WHO!? Discuss!!